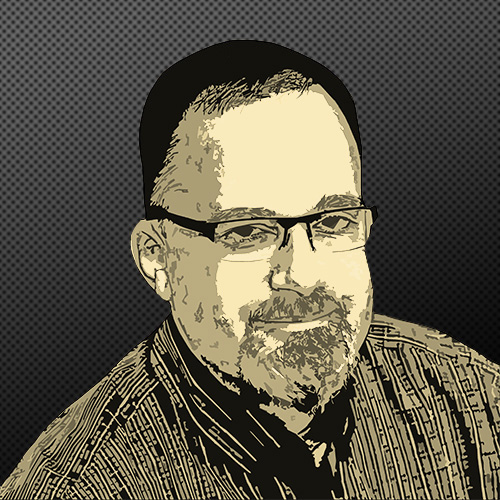 M.A. “Matt” Lambeth was born & raised in the Piedmont (“foot of the mount”) region of North Carolina. He is a licensed professional counselor, clinical addictions specialist, and Christian writer. As a child, some of Matt’s fondest memories were formed while sitting on the floor of his grandparent’s house, listening to the “elders” spin their tales about the good ole days—the names & places seemed almost magical to an impressionable & imaginative young boy. Continuing in the tradition of what he considers to be “the greatest storytellers that ever were”, Labratology packages meaningful lessons in a captivating & fantastical story that is sure to inspire and get the imagination ginning.

Matt has himself been in recovery since December 8, 2005 & is a self-described “P rat.”

A Word about the P rat

References to the P rat occur throughout Labratology. Here’s a little more information on this unsung hero of science…

“The alcohol-preferring, P, rat was developed by selective breeding to study ethanol drinking behavior and its consequences…the P rat meets all of the criteria put forth for a valid animal model of alcoholism, and displays, relative to their alcohol-non-preferring, NP, counterparts, a number of phenotypic traits associated with alcohol abuse and alcoholism. Behaviorally, compared with NP rats, P rats are less sensitive to the sedative and aversive effects of ethanol and more sensitive to the stimulatory effects of ethanol…paralleling the clinical literature, genetically selected P rats display levels of ethanol intake during adolescence comparable to that seen during adulthood. Overall, these findings indicate that the P rat can be effectively used in models assessing alcohol-preference, a genetic predisposition for alcohol abuse and/or alcoholism, and excessive drinking using protocols of binge-like or relapse-like drinking.” [1]

Matt collaborated with Gerry O’Neill to conceptualize illustrations for Labratololgy. Gerry’s creative interpretation of the story’s themes & characters integrate nicely into the book & provide well-placed “imagination boosters” for the reader. Gerry O’Neill is an illustrator and landscape painter based in North Carolina. His websites are www.gerryoneill.com and www.goncpainter.com

You can find out more about which cookies we are using or switch them off in settings.

This website uses cookies so that we can provide you with the best user experience possible. Cookie information is stored in your browser and performs functions such as recognizing you when you return to our website and helping our team to understand which sections of the website you find most interesting and useful.

Strictly Necessary Cookie should be enabled at all times so that we can save your preferences for cookie settings.

If you disable this cookie, we will not be able to save your preferences. This means that every time you visit this website you will need to enable or disable cookies again.

This website uses Google Analytics to collect anonymous information such as the number of visitors to the site, and the most popular pages.

Please enable Strictly Necessary Cookies first so that we can save your preferences!